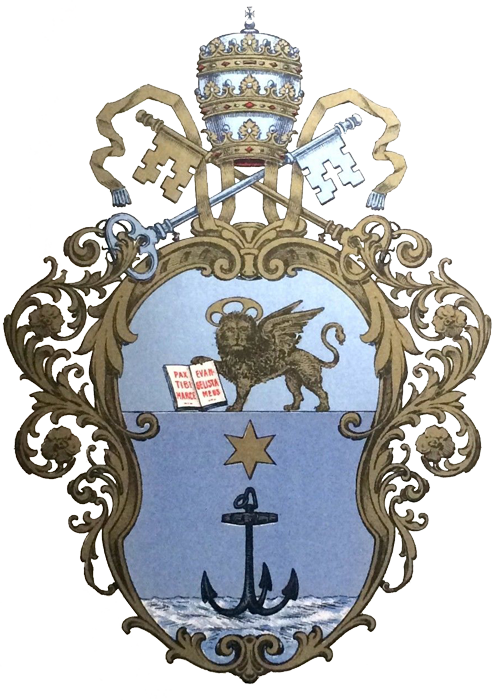 115th anniversary of the Coronation of Saint Pius X 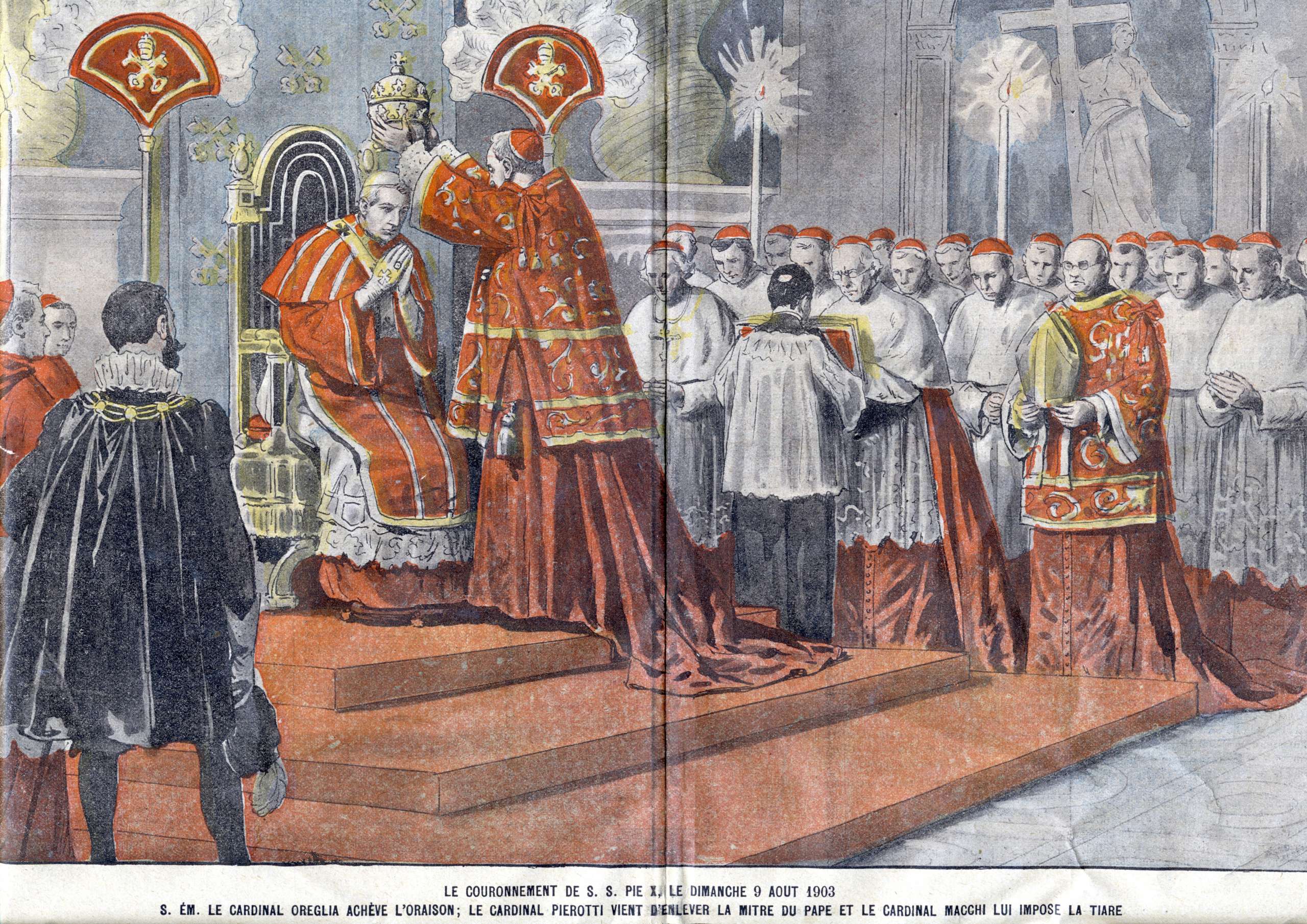 On Sunday, August 9, 1903, the ceremony of the Coronation of the Pope Pius X took place.

Below is a fragment of the description of this Coronation, from: the pages of the 1907 Catholic Guidebook gazette

The days immediately following the election of Pius X to the Pope were full of emotions and torture for him, and yet on the following Sunday, August 9, he set his solemn coronation

For sixty years, Pius IX, no papal coronation took place in public; Leon XIII dismissed his Sistine chapel in the face of a very limited number of participants – it was also with greater joy that the solemn celebration was awaited in Rome. As soon as the expected day of 9 August shone, and the gates of the Basilica of Saint. Peter was opened, a crowd of 100,000 filled her interior. The picture of this enormous, wonderful, rich church was richly decorated with red draperies with gold and filled with people. The ceremony began at 8½. The Pope was brought to the basilica on a high throne, i.e. on the so-called “sedia gestatoria”; when he appeared he was greeted by the sound of trumpets and long-lasting cries of the people. The Father of St. he has already expressed the wish that during the coronation, the silence that belongs to the holy place should be preserved in the basilica; the people of the south could not keep their feelings in their bonds, he had to reveal them outside.

The march stopped in the chapel of the Blessed Sacrament, before which the Holy Father. he briefly held the adoration, then he was taken to the chapel of St. Gregory, where he sat on the throne and was dressed in magnificent church robes. From there, the procession set off to the center of the basilica, where under the magnificent dome an altar rises, covering the body of St. Peter. In front of this altar, the Holy Father he celebrated the Pontifical Mass. Looking at his concentrated face, it was possible to recognize that among the splendor of garments and ceremonies, among the enthusiasm of the assembled people, one was occupied only with thought, that is, the presence of an omnipotent God, against whom all splendor and all human glory is nothing but vanity of futility.

After finishing the Holy Mass there was a solemn coronation, that is, putting on the Pope’s head a threefold crown, or tiara, being an external sign of his authority. These three crowns are meant to depict the full power of the Pope, including not only the church that fights on earth but also reaches to purgatory and heaven. Another sign of his authority is a pallium, a white wool tape, decorated with black crosses, and hung on church robes on the shoulders of the Holy Father. Tiara uses the Pope only at the biggest ceremonies, usually replacing it with a bishop’s miter.

During the solemn coronation ceremonies, strictly a prescribed ritual, Pius X was pale and moved; he evidently felt the heavy burden he received on his shoulders and sought God for grace and help to lift it.

At the end of the ceremony, the Holy Father For the first time he gave a solemn papal blessing. Then the cheers and applause of the assembled crowd repeated itself and continued until Pius X and his retinue left the basilica – the joyful exaltation of the people could not be stopped by any human power.